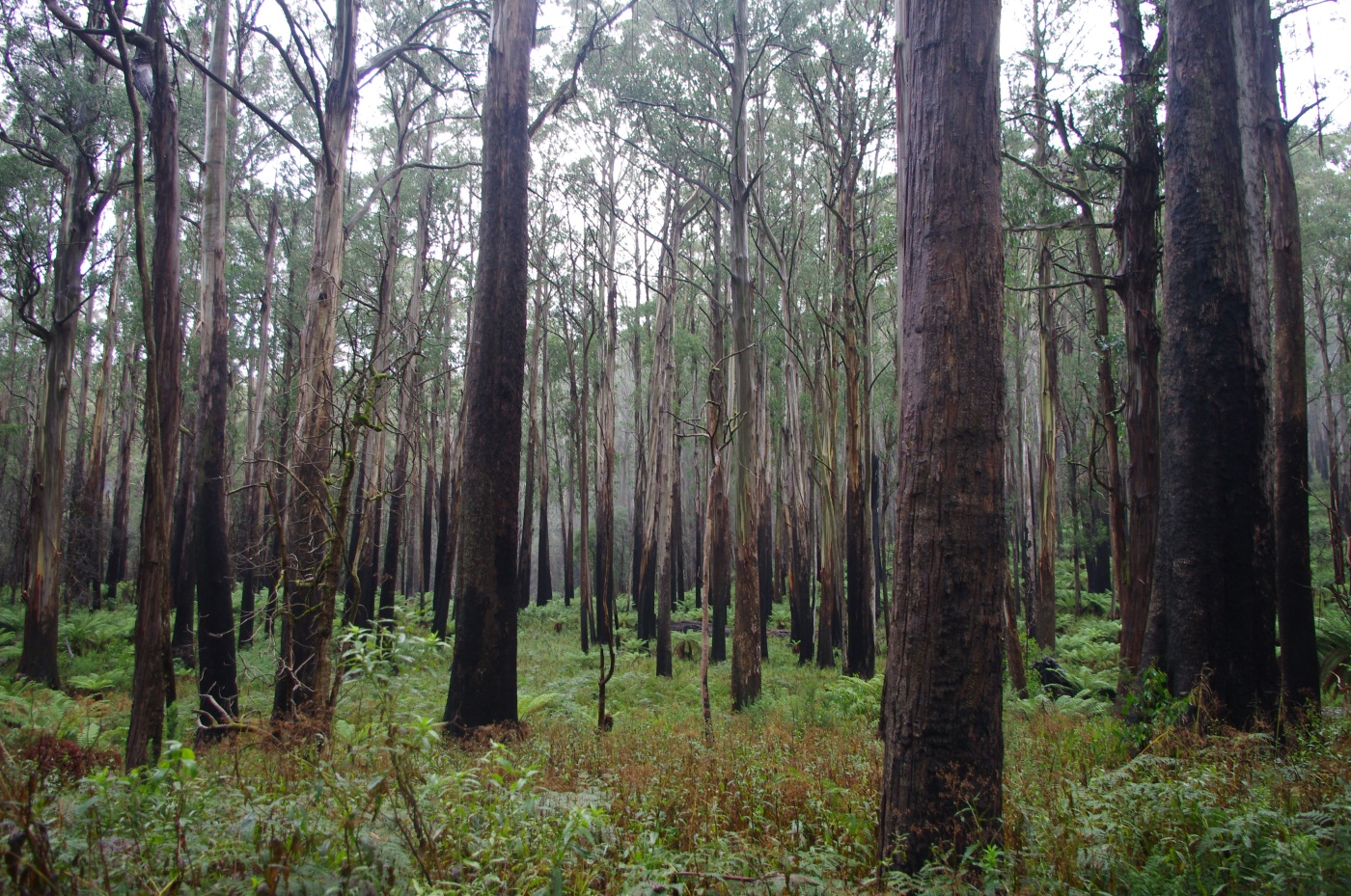 Mountain Ash (Eucalyptus regnans) is the ‘signature’ tree of the damp montane forests of south eastern Australia. Generally growing in temperate areas receiving over 1,200 millimetres rainfall a year on deep loam soils, this species is the tallest flowering plant on earth.

They have been heavily logged for well over a century, and massive areas have been burnt in wildfire. Now climate change and extreme fragmentation of habitat is driving Mountain ash forest in south-eastern Australia towards ‘almost certain collapse in the next 50 years’, according to an assessment by researchers from the ANU.

The key message in this research is:

Researchers “modelled 39 different scenarios and found there was a 92 to 99.99% chance of collapse of the mountain ash forest in Victoria’s Central Highlands by 2067”.

It is also important to understand that there is still a “critical window where we can act to prevent the loss of the mountain ash forest ecosystem”.

The following comes from a media release from the Ecological Society of Australia.

Dr Emma Burns, from the Australian National University Fenner School of Environment and Society, said that assessment, which contributed to the Leadbeater’s possum being ranked as critically endangered, is a huge step in recognising the need for the protection of the mountain ash forest ecosystem.

‘The International Union for the Conservation of Nature Red List of Ecosystems risk assessment was part of 30 years of research that the Commonwealth’s threatened species scientific committee considered when uplisting the Leadbeater’s possum to critically endangered,’ she said.

Dr Burns and colleagues modelled 39 different scenarios and found there was a 92 to 99.99 per cent chance of collapse of the mountain ash forest in Victoria’s Central Highlands by 2067.

‘If there’s a small fire, or any level of harvesting, then collapse in the next 50 years jumps up to 97 per cent. If there’s a large fire – think Black Saturday – then there’s basically a 100 per cent chance of collapse.’

‘At this rate, there won’t be enough tree hollows for possums to live in – yet our governments still support the native forest logging industry. It’s a matter of trade-offs, and addressing whether you prefer paper to possums. Right now, it’s politics driving policy, not science or evidence-based decisions driving policy.’

Dr Burns said there is still a critical window where we can act to prevent the loss of the mountain ash forest ecosystem. ‘Preventing further harvesting, expanding our conservation and restoration actions, and further investment in research and management to mitigate fire risk could see this system recover within our children’s lifetimes. Surely this vital system and the species it supports is worth it?’

She will today present her results to EcoTAS 2017, the joint conference of the Ecological Society of Australia and the New Zealand Ecological Society, which is being held from 26 November to 1 December in the Hunter Valley, NSW. The Conference Program is available at: https://ecotas2017.org.au.

You can find out more about the campaign to protect Mountain Ash forests through the creation of the Great Forest National Park here.

You can add your voice to the campaign for the park by signing the petition here.