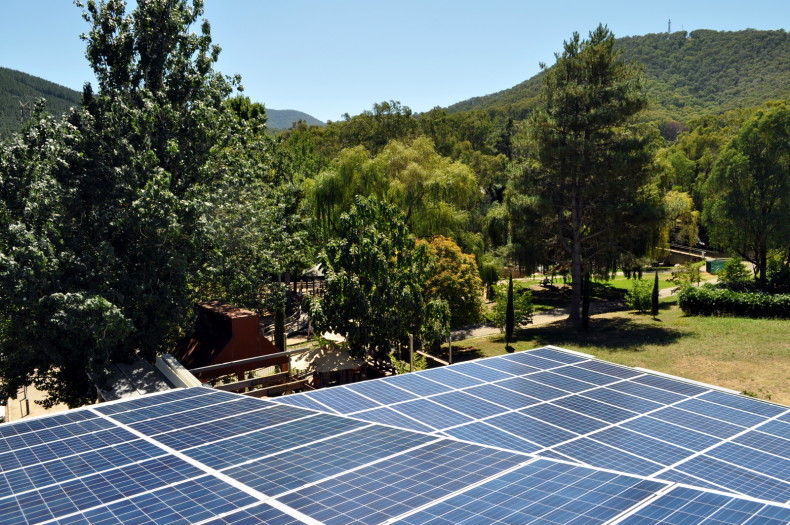 Bright Brewery will be known by anyone who has driven through the town of the same name. It has recently launched its solar PV system. Brewery founder and owner Scott Brandon says “the environment is one of the biggest drivers of Bright’s economy, drawing many visitors here across the seasons for the spectacular scenery and alpine adventures, so it is imperative for us to do our part in sustaining it.”

The following comes from One Step Off the Grid, and the author is Sophie Vorrath.

A craft brewery in Victoria’s north east has taken what it describes as a first step on the path to carbon neutrality with the launch of a 50kW solar system that will supply all of the beer maker’s electricity needs.

The Bright Brewery, located in the country town of the same name, says it will save around $18,000 a year through the installation of the 192-panels PV system, which incorporates micro-inverters and system monitoring software by US-based company Enphase.

the 50kW system they designed would off-set all of Bright Brewery’s electricity requirements – according to Brandon, the brewhouse used around 6MWh in January, during which time the solar array produced over 7MWh of power.

The next step, Brandon said, would be to focus on the energy required to heat the brewery boiler, which is currently powered by natural gas and requires around 12MWh of power each month.

“Although solar was a relatively simple first step to reducing our carbon footprint, the next thing we have to tackle is gas,” said Brandon. “It’s a major component of all brewery operations like ours, and there’s no simple answer like rooftop solar.”