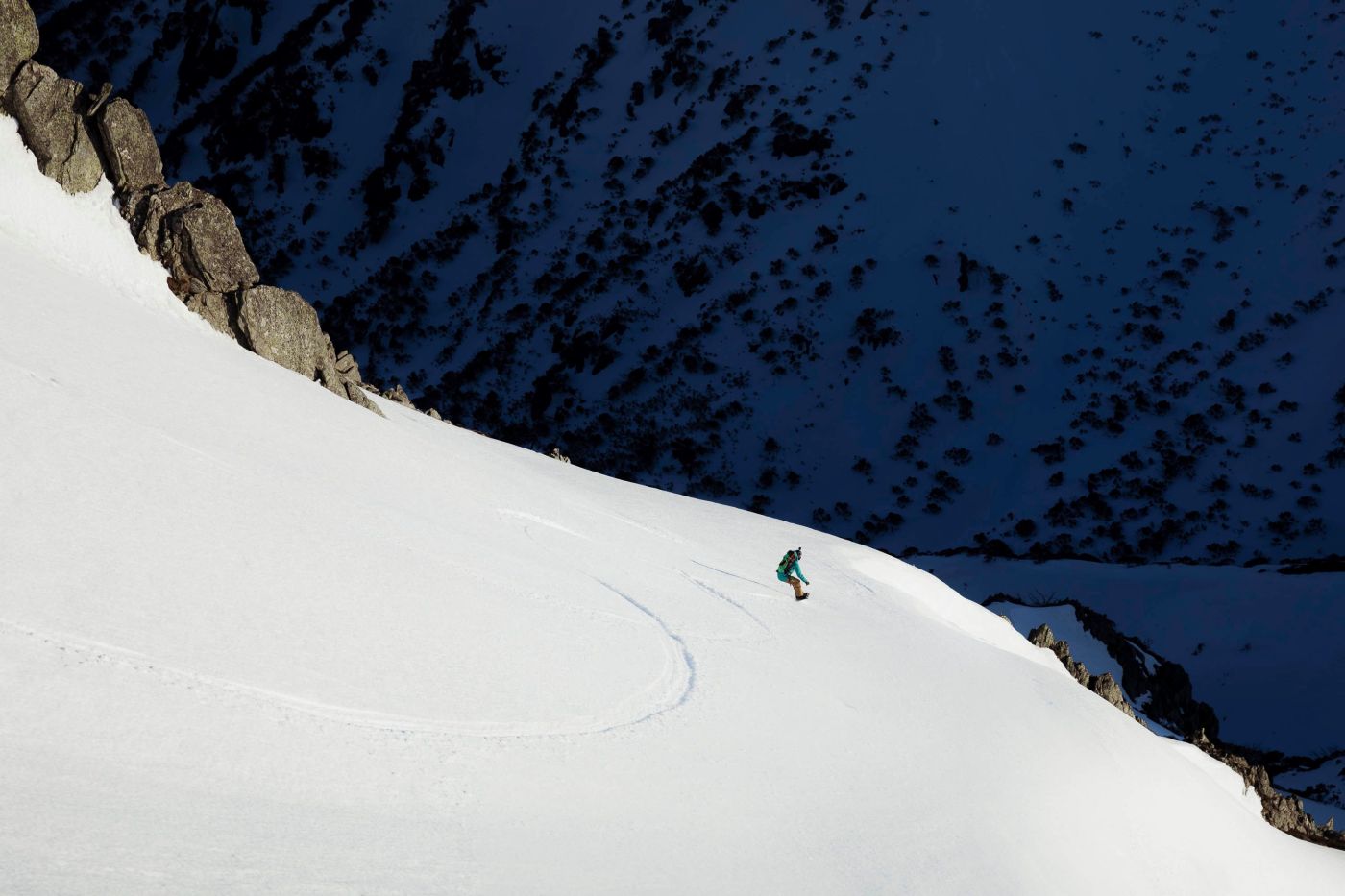 Western Faces is a new film featuring a fantastic line-up about a trip to ski and explore the western faces of the Main Range of the Snowy Mountains.

“Australian mountaineer Tim Macartney-snape, freeskier Anna Segal and Freeride World Tour rookie Michaela Davis-Meehan, are set to explore some of the steepest faces in their backyard. With New Zealand freeskiers Fraser McDougall and Hank Bilous along for the ride, they’re slogging deep into the backcountry to find freeride terrain that will have their Kiwi-counterparts do a double-take”.

The digital launch will happen on Thursday July 16.

END_OF_DOCUMENT_TOKEN_TO_BE_REPLACED

With continued snowfalls expected this week, we’re looking as if we will have a proper (settled) base across higher ranges and hence an early start to the ‘season’ (yes, ‘ski season’ is just a capitalist construct).

You’re probably planning trips. Here are a few resources that might help:

END_OF_DOCUMENT_TOKEN_TO_BE_REPLACED

This great story about a late season trip to the western slopes of the Snowy Mountains comes from Main Range Backcountry.

Antony von Chrismar goes on a Spring splitboarding mission to the western faces after getting back from a European summer.

END_OF_DOCUMENT_TOKEN_TO_BE_REPLACED

What’s winter without a decent road trip? As I wrote earlier this year, I reckon the ultimate Australian winter snow road trip is the journey between the Snowy Mountains and the Victorian Alps via the Alpine Way.

There are lots of ways to cross the Alps or link up different mountains. But the Alpine Way has a special appeal I think, as it brings you under the western face of the Snowy Mountains, surely the most impressive alpine views on mainland Australia.

END_OF_DOCUMENT_TOKEN_TO_BE_REPLACED

Winter! Best time of the year. A bit of resort is fun. Weekend backcountry trips are great. But winter is not winter without at least one big outing. Here’s my shortlist of the best winter backcountry touring trips in the country.

END_OF_DOCUMENT_TOKEN_TO_BE_REPLACED

Climbing The Sentinel – from the west

The western slopes of the Main Range in the Snowy Mountains are the premier backcountry ski and boarding destination in Australia.

And while people have been riding out there since at least the 1940s, the slopes have been getting a lot of coverage in recent years.

While the classic book is still Skiing the Western Faces of Kosciusko, by Alan Andrews, there are lots of other reports and even films coming out about skiing and boarding these impressive slopes. John Blankenstein has written a number of great trip reports from the Slopes, and Nic Rivers recently released a short film, called Find Your Line, of John snow boarding Watsons Crag.

There’s a brilliant front cover story in the current edition of Transfer magazine, the upcoming Roof of Oz film project, and a number of other magazines have covered the western faces. Stephen Curtains classic telemark film, Winter Dreaming, has a lot of action from Little Austria and other sections of the Slopes.

No matter which way you get to the western slopes, the main drop of mountains from Abbott Peak to about Mt Tate, you’re in a for a few hours of work. The shortest routes are from the top station at Thredbo or via Perisher to Charlotte Pass. You can also skin up via a number of routes from Guthega or, if you’re hard core, Dead Horse Gap.

But who would think of climbing from the west side? The views from The Alpine Way (the road between Thredbo and Khancoban) are some of the best alpine vistas in the whole country, but the slopes of the western faces sit so far above the road that they feel like they’re on another planet.

END_OF_DOCUMENT_TOKEN_TO_BE_REPLACED

Backcountry is the new black.

In the last few years, all things backcountry have come in from the fringe, and are now ubiquitous, featuring in films, magazines, books, and gear. I assume that for most people its slightly voyeuristic. People like to read about the amazing runs on offer in the backcountry without necessarily actually getting out there themselves. But there certainly is a new generation of skiers and boarders heading out for an adventure, and BC specific gear is one of the growth areas in the snow equipment industry.

Here in Australia, attention has tended to focus on two of our most spectacular BC destinations: Mt Bogong in Victoria, and the western slopes of the Main Range of the Snowy Mountains (yes, there is lots more on offer, often harder to access and perhaps less iconic. Then there’s Tasmania, which has some insanely good terrain on the rare occasion that it actually comes into shape for riding. But that’s another story).

END_OF_DOCUMENT_TOKEN_TO_BE_REPLACED 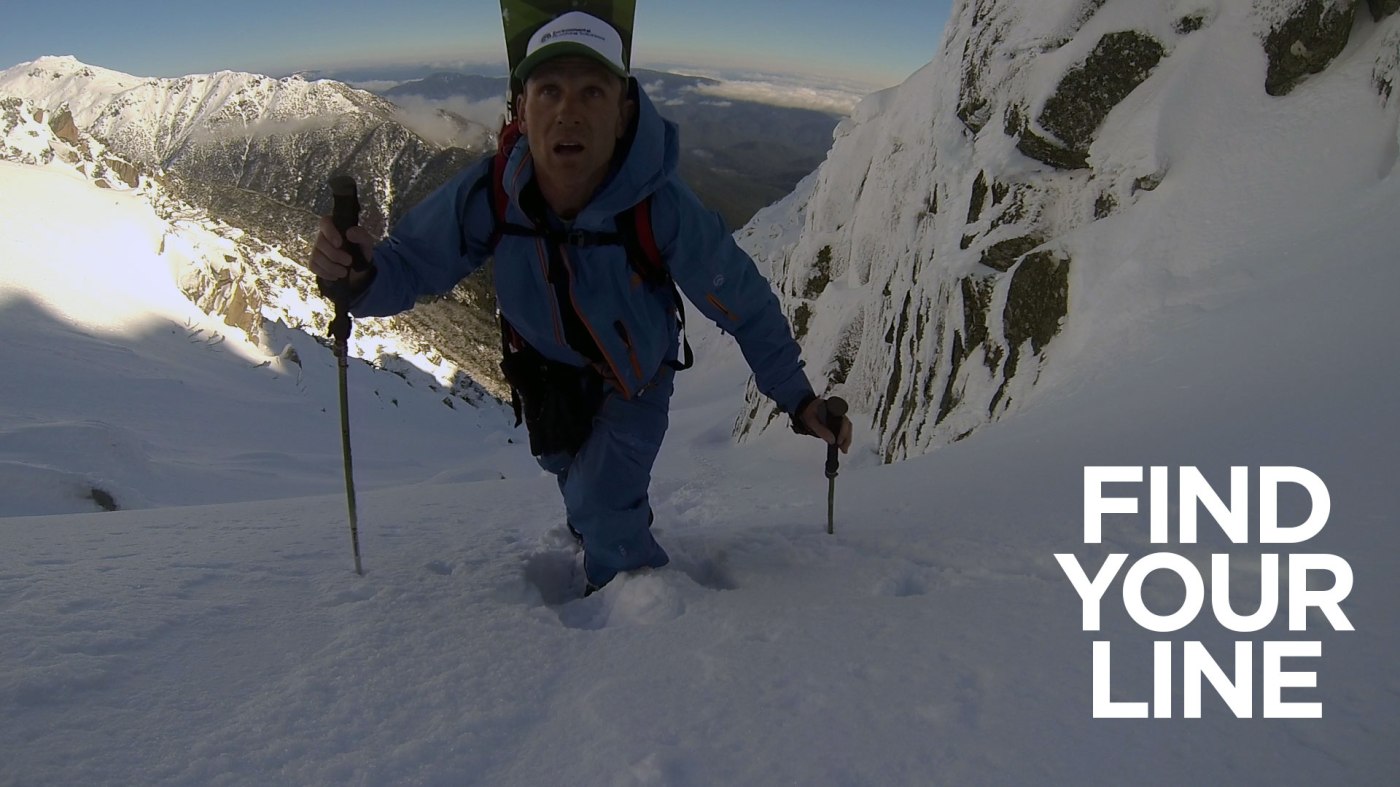 Few people are aware that backcountry Australia hides some big-mountain slopes, even less are willing to journey there for it. Yet the western slopes of the Snowy Mountains has some grand terrain for backcountry skiing and boarding.

Season 2014 delivers conditions of a decade for one splitboarder.

We are delighted to be showing this 8 minute film by Nicolas Rivers during the backcountry film festival this year.

This thursday May 21, RMIT in Melbourne.

Full details on location and the nine other films available here.

Winter may be over, but the beauty and wonder of the mountains rolls on…

Some photos from Andrew Stanger, taken in late October “out the back on the Main Range of Kosciuszko National Park as the first flowers were unfurling to clear, sunny skies.”