Deb sadly departed her bodily form early this morning in Bairnsdale hospital after a very brave journey with lung cancer – one she generously and courageously shared with us.

She has been a tireless activist and campaigner for East Gippsland’s environment for many decades. A writer, poet, philosopher, politician, mother, agitator for change, thinker. A life lived to the full, selflessly, generously, inspirationally.

She was bloody tough too, given the way she faced her diagnosis, and concurrently her house and all worldly belongings burning down last year. She pressed on, she dealt with it, she found ways to look at things from a philosophical point of view.

‘What is a life?’ you asked last night, Deb. No one can ever distil a life into words.. a life is a magical thing.

Goodbye my friend 🙏 Today we lost an Elder

These days I am living back in my mountain home after twenty or so years of an urban existence in Canberra. Like many rural people who live far from services, I moved with my children to Canberra in the 1980s so that they could attend school without two and a half hours on the bus each day and I could study and work. Canberra is the regional centre for the Bonang area, even though it is two border crossings away (and three and a half hours drive). It is a different country altogether, sitting there on the edge of the Limestone Plains with barely a thought for the region it is embedded in.

I found my home on the Jingallala River in the mountains in the early 1970s. We were forerunners of the alternative lifestyle people, trying to build self-sufficiency and community in a cold, challenging place, far from services in a place where the greenies we became were often made to feel uncomfortable.  At that time the region was dominated by forest destruction industries which accelerated their rate of consumption soon after we arrived and the Eden woodchip mill became the primary destination for our magnificent old growth forests.  Not something to keep silent about.

We came here because we could afford the land ($2,000 in 1972) and the property at Cabanandra had a river, a small area of cleared land and bush. I really don’t think we thought through the impacts of the isolation: distance from shops, post-primary education and jobs. Partly to counter the social isolation, I was very keen on building a self-sufficient community at Cabanandra, and we set up the Warm Corners Cooperative which still thrives today. Its a Land Settlement Society – from a time when the Victorian Government provided helpful support to cooperatives.

Looking back, I wonder why my activism (which was still in nascent form) brought me to the bush. I had read a few too many books about the nuclear threat and naively thought that we could change the world from the bush, by developing self-sufficiency. Self-sufficiency proved to be an illusion though – jobs were scarce and we never had sufficient money to develop the kinds of systems needed. 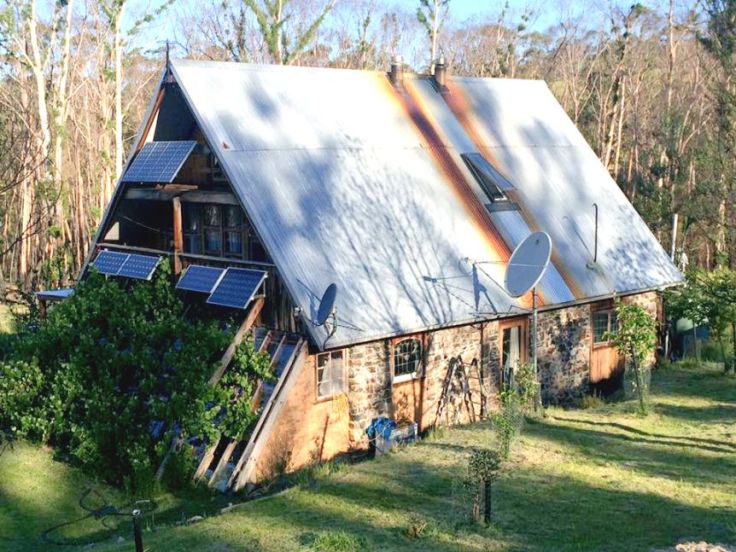 Having returned to Cabanandra from Canberra in late 2008, I am now more self-sufficient than I ever was in the first 13 years, when I was looking after two small children, we were building our house (which I am still finishing), working as Coordinator of Far East Gippsland’s Country Education Project and teaching and increasingly involved in the campaign to get woodchipping out of the south-east forests. There were 50 members signed up to Concerned Residents of East Gippsland in 1980 and we showed that it isn’t just city people who want native forests protected. Unfortunately, we didn’t manage to stop woodchipping, there would be a lot more forests standing if we had. But there is now a large swathe of national park to our west and north – Snowy River, Tingaringi and Errinundra National Parks – but the woodchippers are now honing in on the last unprotected bits on public and private land. The locals are realising that there are very few years of logging left and their children will be denied the opportunity to work in forests and sawmills – and nothing to show for it.

East Gippsland is all about forests – and people like Jill Redwood and EEG (Environment East Gippsland), the people from GECO (Goongerah Environment Centre) and other committed people continue to fight the hard slog of forest protection. They won Goolengook and should win the court case over Brown Mountain. How absurd, when we know so much about the importance of maintaining biodiversity and the important role forests play in sequestering carbon, that its still an uphill battle to protect them.

I am a land manager doing my bit for biodiversity. My place has its fair share of forest (stringy bark and manna gums; yellow box and stringybark) and I am planning to have a covenant with Trust for Nature to keep it that way into perpetuity. The seven or so acres of cleared land have been able to grow their blackberry bushes unimpeded for the last 10 or so years, so a first project has been the erection and repair of fences. The five goats thus enclosed show that  they can play a major role in weed suppression – blackberry leaves really are their favourite food.

Apart from protection and repair of the landscape, I am determined to turn the area around my house into a beautiful, productive garden. It really needs repair after bulldozers knocked down everything to ‘protect’ my house from a planned backburn during the 2003 fires. They left me with a blank canvas (and no topsoil) which is calling out for greening. It has been interesting to observe the succession of weeds and the gradual establishment of native grasses and bushes among them. There is no doubt that silver wattles have played a significant role in the revegetation; a pioneer plant, they enhance the growth of neighbouring shrubs and grasses. Among them I am planting fruit trees and other fire resistant vegetation. While I cannot be confident that they will protect my house if a fire rages across the hills, it might, as deciduous trees did in a significant number of properties on Black Saturday.

Living in the bush is easier these days. The house is very comfortable, I have time to cultivate a very productive garden, and solar power and a satellite dish bring the world closer. A compulsive communicator and Radio National listener, I would have to question my ability to live and work here without them.

I’ve been a few things in my life – teacher, scholar, activist, candidate and Member of Parliament – but like most people I have ended up as a consultant. Its a way of bringing in an income while living where I choose. I’m working with the Centre for Rural Communities preparing a sustainability kit for communities to use in their planning. I’m learning (or relearning) that East Gippsland has many people passionate about the environment: beavering away to restore flows to the Snowy River and revegetate its banks; growing good food organically; caring for the coast and lakes; looking to the skyscapes of mountain horizons to remind themselves why they live so goddam far away from everything else!

After having a go at electoral politics with the privilege of a public voice as a Greens politician, I am now leaving that to others, since many people are keen to take that role. Its important, but governments move too grindingly slow to make the necessary changes for a sustainable future. Good luck to other Greens politicians, I am back to grass roots politics, working with Cross Border Communities to make our little region more lively and sustainable.

It might be too late to change the world, but its a way of life for me. At the broad scale, I am pessimistic about the future of our planet and the wellbeing of its creatures, including us. But I am heartened to see small groups of people everywhere making a difference, taking their local futures into their own hands. Groups of people well networked, sharing fun as well as work, whether its in Transition Towns type of movements, Boobook Declarations, producers markets, organic farming or community working bees are what is going to make the difference. Politicians seem pretty disinterested and unaware of rural communities, so they are likely to leave us alone to get on with it!

August 2019: In a tragic turn of events, Deb’s house has burnt down. There is an ABC story here, and a crowd fund campaign to support her here.

There are some extra reflections on Deb’s life on the Mountains and Plains website.