What’s happening with the Buffalo Chalet? 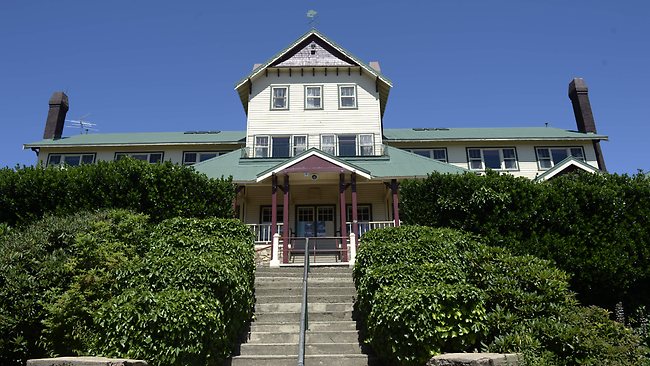 The Chalet at Mt Buffalo is a much loved Victorian icon. Originally owned and operated by the Victorian Railways, it provided on mountain accommodation from the early 1900s until a decade ago.

It was closed in 2007 and has been falling into an ever more run down state each year.

There have been several attempts to restore it to some of its former glory. However none of the government money allocated to this purpose has ever delivered much.

Recent reports in the Border Mail claim that Parks Victoria (who is responsible for the site) ‘abandoned its plans to redevelop the Mount Buffalo Chalet’ but that re development was now considered possible.

An ‘Ernst and Young report proposed four options ranging from $7.8 million to $52.9 million, with the Liberal Napthine government selecting the cheapest, involving the demolition of poor quality and risky structures and restoring the core of the building to become a day visitor centre and cafe.

Heritage Victoria signed off on the works, but they did not come to fruition before the 2014 Victorian election which saw Labor elected.

In 2015, new environment minister Lisa Neville announced tenders to fix the 107-year-old building had come back “more than $3 million over budget”, and both the restoration and demolition was shelved.

Instead a community advisory group was established and the chalet was to be ‘secured’ through $2.8 million in re-stumping, and the replacement and restoration of weatherboards, wall and window frames”.

A range of ideas, including re development of the chalet, a skating rink, a ‘sky walk’ over a section of the Buffalo Gorge (check here for a critique of this idea), and performance area have been proposed in the “Vision for Mount Buffalo”, a community-driven concept plan for the mountain.

Now the Andrews government has announced a new plan to ‘transform Mt Buffalo from one of Victoria’s winter wonderlands to a year-round tourism drawcard’.

The government is allocating $200,000 for a feasibility study on ‘development of year-round tourism experiences’. It is not clear whether this will include options to re-develop accommodation on the mountain.

Alpine Shire Council will use the funding to prepare a business case for tourism concepts identified in the Vision for Mount Buffalo – a community driven ‘whole of mountain’ concept plan developed by the Mount Buffalo Destination Advisory Group, and highlighted as a priority by the Ovens Murray Regional Partnership.

‘The feasibility study will look at the potential demand and target market for identified tourism concepts, review infrastructure and road capacity on Mt Buffalo, and prepare a marketing prospectus for feasible options’.

“We are putting Mt Buffalo on the map all year round. It’s already a winter wonderland, and through this funding we want to attract visitors in summer to hike, camp and kayak to the heart of our North East.”

For background on the long attempts to re develop the chalet, please check previous Mountain Journal posts here.