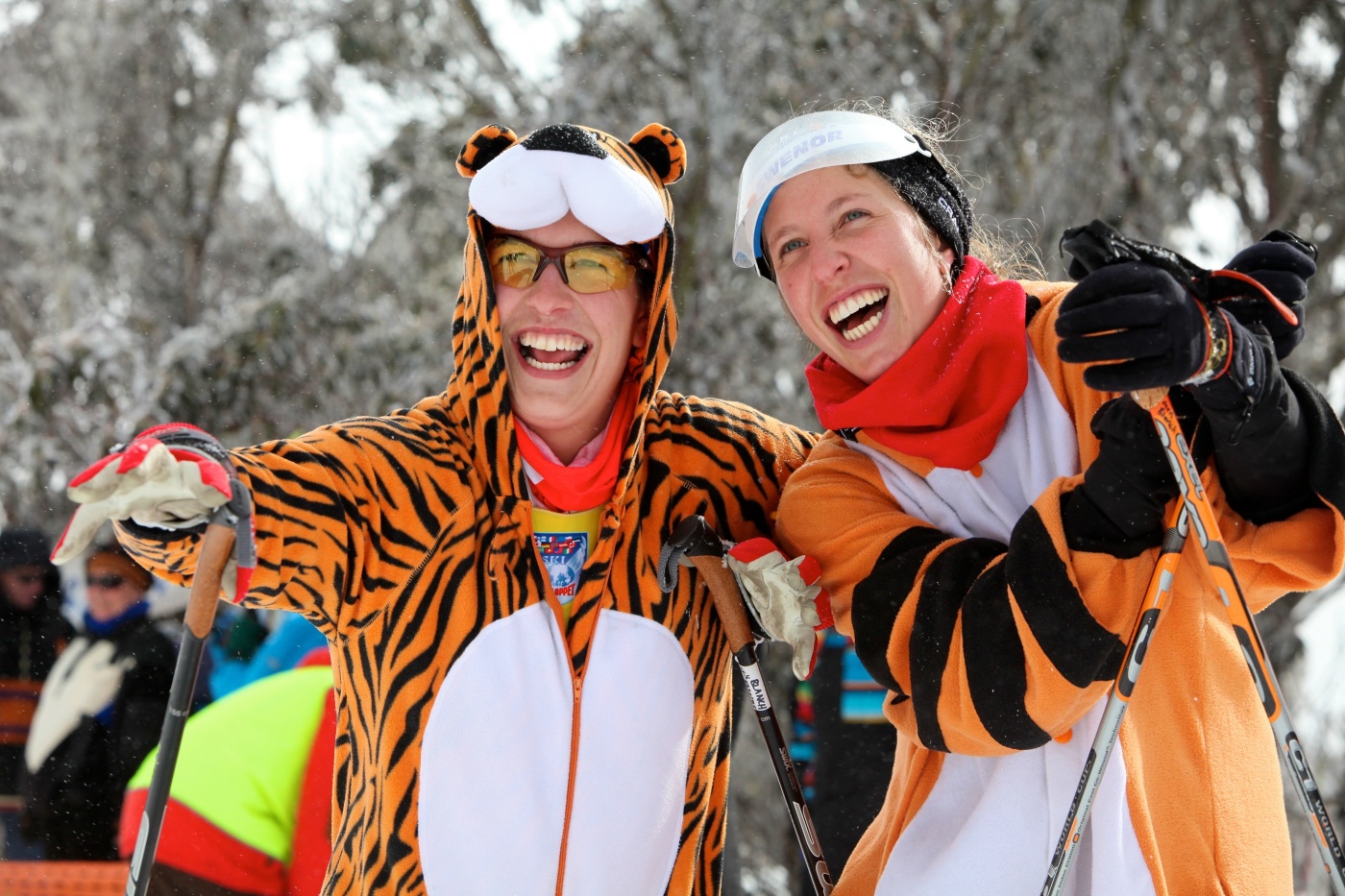 Since its early beginning, Falls Creek’s annual Ski de Femme has evolved into a very popular day. In 2018, it will be held on August 11.

At the Falls Creek ski resort in the Victorian High Country, a little-known ski club is doing amazing things for women who participate in cross-country skiing.

The Birkebeiner Nordic Ski Club, founded in 1977, when a small group of enthusiastic skiers met and created start a club that would foster the development of cross-country skiing.

Fast forward to the winter of 1993 when two top-ranked female Swedish athletes and their coach visited Falls Creek Alpine Resort to conduct clinics, exposing Australian women and girls to elite cross-country skiing. The other positive aspect of this encounter with world-class ski racers led to greater race participation amongst female skiers.

It was also the catalyst for Falls Creek’s annual Ski de Femme, a community cross-country ski event for women.

The first event, was organised in 1994 by two local passionate skiers and Birkebeiner members Helen L’Huillier and Jenny van der Ploeg, to encourage more women to get involved in a sport they loved. Since its beginning, Falls Creek’s annual Ski de Femme has evolved into a very popular day that will be held this winter (at the Nordic Bowl) on Saturday, August 11.

It is an open event for women from beginner to intermediate skiers of all ages. 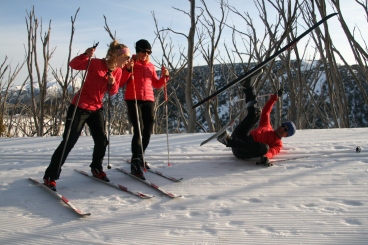 Free clinics, run by some of Australia’s best female skiers, such as National Team members Katerina Paul and Casey Wright, will be supported by two very talented French skiers Aurelie Dabudyk and Iris Pessey, who was brought out from France to join the Falls Creek Cross Country Centre.

The ski racing options are 1km, 2.5km or 5km . There is no cost to enter and there will be spot prizes awarded to some lucky Ski de Femme participants.

Tony Pammer, Manager at Falls Creek Cross Country, has noted a “four-fold increase” in lessons this season compared to the same time two years ago.

“More cross-country instructors have been hired to keep up with the demand, including three female instructors from Europe.

Ronice Goebels, Secretary of the Birkebeiner Ski Club and Manager of the Victorian Cross-Country Ski Team, says today about two-thirds of the Victorian team comprises young female athletes, and agrees that there are more women out skiing now than ever before.

Cross-country skiing is experiencing a renaissance at Falls Creek with a marked increase in lessons and gear hires over the past two years, with female participation in the sport most notably on the rise. This year the Birkebeiner Club is hosting American Cambria McDermott, the first female ski coach to conduct lessons and clinics with its members.

The sport isn’t all about competition and racing. In fact, the opposite is probably true.

“It’s not about winning so much. It’s not even about racing. It’s about enjoying the sport, making connections and friendships with people from all over the world” says Goebels.