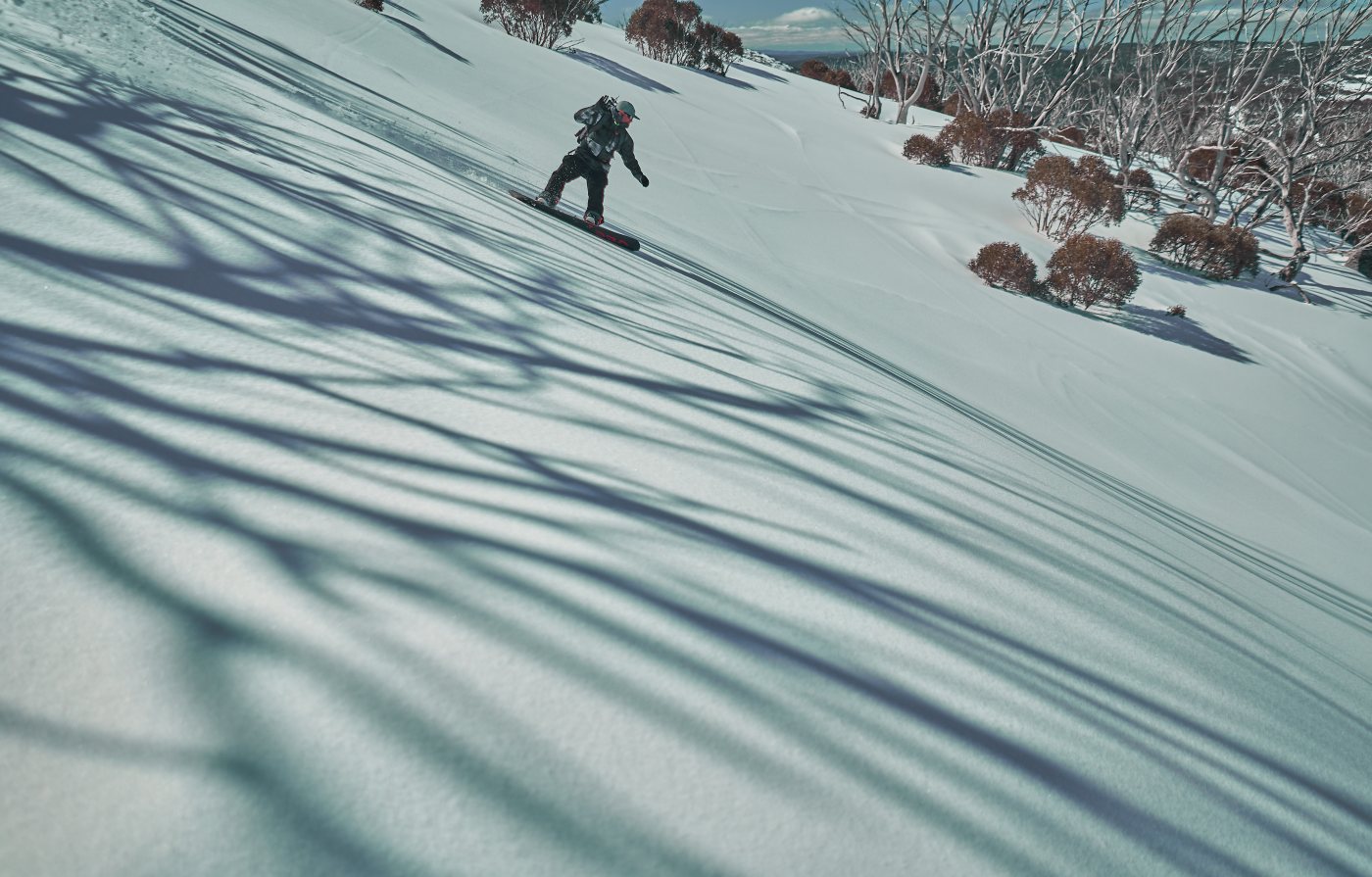 Lets Split is a volunteer based initiative, designed to expand and strengthen the Australian Splitboard community.  They say ‘We are a group of experienced SplitBoarders, who invite others to join us touring in the backcountry – hoping that the important skills needed for safe backcountry travel can pass into the younger generation of riders who are perhaps less experienced than us’.

Here is a report from Lets Split founder Amine Yasmine on their recent trip to Guthega in the Snowy Mountains.

There is no doubt that the calendar week of August 11-18 saw MORE avalanche activity in Australia than we are all accustomed to seeing (or even hearing about) during our domestic Winters.   And despite having to postpone our overnight Lets Split Trip 3 to Guthega (August 17&18), the Lets Split staff crew decided to head out with Backcountry Guide Kyle Boys (from Alpine Access Australia) to see if they could get a handle on how settled the fresh snow was, and to possibly identify any persistent weak layers in the snowpack from the heavy snowfalls the week prior – which would have resulted in some of the well publicised avalanches on the NSW Main Range.

The day started at 9am at Guthega car park, where we all assembled and talked about our objectives.  The group comprised of Amine Yasmine, Flynn Medson, Ian Cook, Jakob Kennedy, Kyle Boys and Lachlan Anderson.   To ensure group safety, it was determined that we would find a similar aspect on the Guthega Trig to the aspect that we had seen release on the Etheridge Ridge earlier in the week (see attached pic from Alpine Access Australia – which for Australian standards, was a large avalanche).  We toured out over the damn wall, up the Trig and into the alpine, where Kyle set up our first pit site.

After digging the pit and conducting the appropriate tests, no evidence of the persistent weak layer (that would have resulted in the propagating slides during the week) was evident in that area.  It should be noted that this pit site was at a very similar elevation and orientation to the Etheridge Ridge avalanche.  So we continued up higher and found another pit site to keep assessing conditions.  And again, after a thorough examination of the second pit site, no signs of major instability were evident in either the Compression Testing and Snow Temperature Gradient assessment – which are both greats signs that the snowpack was infact stabilising and that any unstable layers in the snowpack were bonding (= becoming safer for back country travel).

So with this information in hand, the entire crew proceeded to LAP some low angle and medium-low elevation terrain off Guthega Trig.   The turns were fun, the vibes were sky high, and we treated ourselves to an afternoon of high quality “hot pow’ as we like to call it.  Oh and the constant sunshine was a welcomed addition.  We went for being doubtful about doing any riding, to riding some very fun low angle terrain with new and old friends.

Many Thanks to Kyle boys from Alpine Access Australia for joining our Lets Split recon mission, and for sharing his knowledge with us.   Next Stop …. Mt Bogong for Trip 4.  Here’s hoping we get some co operative weather for this upcoming overnight splitboard trip.

See You Out There.
Amine Yasmine
Lets Split (Founder)