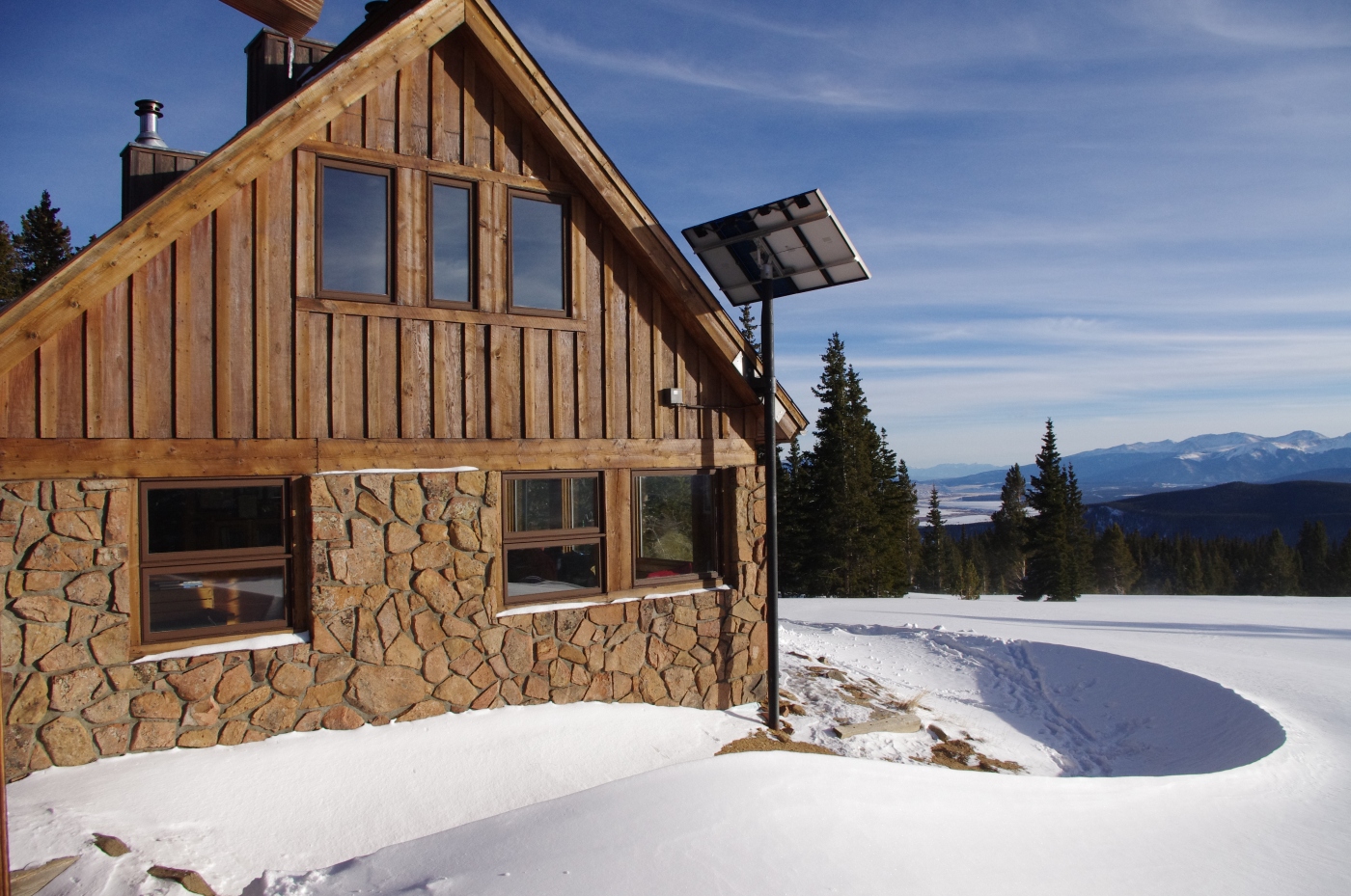 One of my key addictions in life is to the Rocky Mountains of Colorado. Wonderful mountains, fantastic snow, endless terrain, cool towns. And one of the best backcountry hut networks on the planet.

10th Mountain Huts is a non profit that owns and rents out backcountry cabins to skiers, hikers and mountain bikers (they also rent out a number of privately owned cabins). Most are fairly similar: they are based on a log construction and built on two levels, and they have everything you need for multiday trips: a kitchen with gas burners and all the gear you need to cook, a wood fired stove with large basin for melting snow, a small solar PV system for basic lighting, and even a small library (and mattresses – sheer luxury!). It means you can do multi day trips without the need for tents, stoves and fuel, and cooking gear. Many of the huts are above 11,000 feet asl, in mind blowingly gorgeous locations. And because you need to book them, you’re guaranteed of getting a bed.

Which, of course, gets me thinking about our hut system here in Australia. I’m not suggesting we set up a similar network. But as a non profit, 10th Mountain fills an interesting gap in the network of backcountry huts that tend to exist in mountain environments.

The European Alps have a huge number of public and private lodges and refuges. Climbers and hikers who have visited New Zealand/ Aotearoa will know that country has an extensive network of huts run through the Department of Conservation. Here in Australia we have a mix of huts in the mountains:

In recent years, we have seen the first developments of private huts in backcountry/ wild areas by for profit companies (the private system of huts that are dotted along the Overland Track in Tasmania being a prominent example). The Victorian government is currently considering allowing a similar network on the route between Falls Creek and Mt Hotham.

Our system – ad hoc as it is – seems to work well enough. Many of the huts are in a fairly run down condition so it’s generally nicer to camp near them than actually sleep in them. But they can be life savers in bad conditions and tend to concentrate visitation (for instance on Mt Stirling most people in winter camp around the three key huts on the mountain, which also have toilets). This issue of human waste is one that we need to reckon with, especially in the alpine zones. In particular this is an issue on the Main Range of the Snowy Mountains, which is becoming ever more popular with riders and skiers who journey out to the impressive big lines to be found on the western face of the mountains.

The backcountry community is responding to this problem: more people are now taking ‘poo tubes’ or otherwise manage their waste properly (and camping is prohibited within the watersheds of the small glacial lakes on the Main Range). The issue is probably more around inexperienced or first time backcountry users.

If there were going to be any more hut development in our high country (certainly not something I’m promoting), the 10th Mountain model offers us a good approach.

The Main Range might be the one place where there is an argument for a small new build cabin with a composting toilet. Obviously it would need to be located in a place with minimal visual and environmental impact. If it was run through an online booking system under a non profit model (similar to the 10th Mountain approach), it would generate money which could then help cover the cost of managing the waste from the toilet. This seems logical given the recent cutbacks to the NSW Parks Service.

There was previously a lodge on the west side of the Main Range: the Lake Albina Ski Lodge, overlooking Lake Albina built in the early 1950s. The National Parks and Wildlife Service (NPWS) required the club to vacate the lodge in 1969, and it gradually became a ruin. It was finally demolished by NPWS in 1983. This is not a place for a lodge or hut. But I do wonder if there is a sheltered, low visual impact site to the north or south where a non profit ‘stay by booking’ cabin could be built?