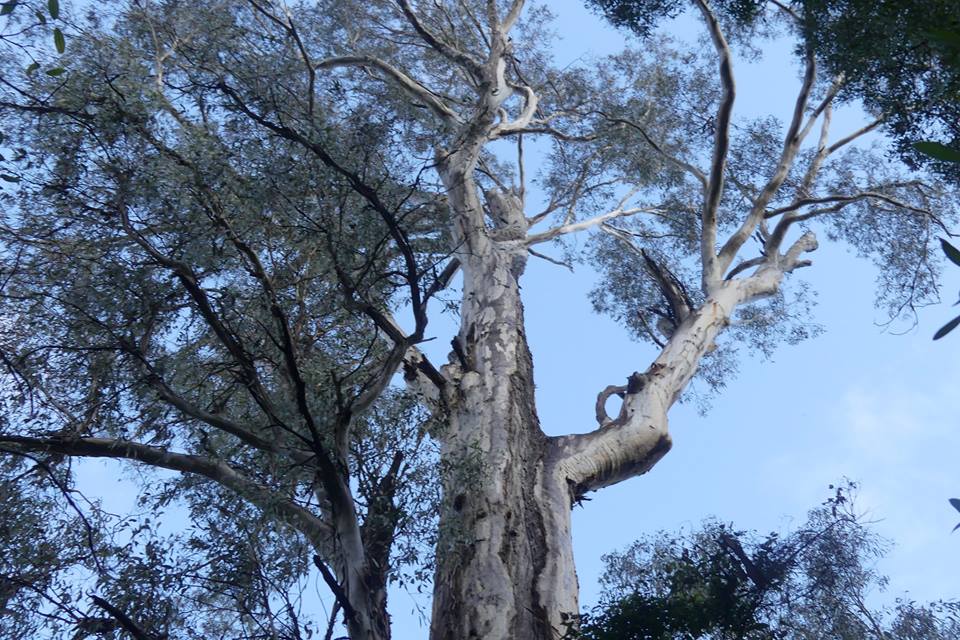 Members of community group Forest Conservation Victoria have established a peaceful blockade near Mt Baw Baw in threatened species habitat which is currently being logged. A person is suspended in a tree sit 25m off the ground, preventing logging in high conservation value forest.

The area of forest marked for logging contains many large hollow-bearing trees that provide critical habitat for threatened species, such as the Greater Glider, and high levels of wildlife diversity. The Gliders, as well as a Koala, have been identified within the logging coupe by citizen scientists and this has been reported to the Department of Environment, Land Water and Planning, who have failed to respond.

A media statement from Forest Conservation Victoria states that:

This is the latest area where logging has begun in forest containing threatened species since government logging company VicForests was slammed in the media by scientists and the public for their controversial ‘Greater Glider Killing Experiment’ which was compared to ‘scientific whaling’.

Australia’s foremost expert on the Gliders as well as on the forests they live in, Professor David Lindenmayer, said that logging should be banned wherever they are are found.

“The evidence is already clear that logging has a disastrous impact on Greater Gliders, a species that is facing extinction. ” said Christine Schuringa of Forest Conservation Victoria.

“The arboreal marsupial has been listed as a threatened species for over a year now, and there is still no action statement, or any signs of the Environment Department taking steps to ensure this incredible and unique species is being protected,” said Christine Schuringa.

“We are conducting this peaceful blockade because it is appalling that in 2018 these forests are still being logged by government owned logging company VicForests,” said Christine Schuringa.

“It is more important than ever to preserve these ancient ecosystems, the last examples of relatively intact forest in the Victorian Central Highlands,” said Christine Schuringa.

“The Central Highlands have been heavily impacted by fires and logging, leaving very little Greater Glider habitat. It is outrageous that what little remains continues to be logged,” said Christine Schuringa.

An endangered Spot-tailed Quoll was sighted in May just 4 km’s from the protest site, the first sighting in more than 2 years. The Environment Minister Lily D’Ambrosia tweeted after the sighting was verified that “…ongoing measures to protect its habitat from timber harvesting will be finalised in coming days.”

“Protections for the Spot-tailed Quoll are yet to be implemented. The incompetence of the Environment Department in taking action means the crucial Quoll habitat is on the chopping block in the coming days,” said Christine Schuringa.

“It is absurd that everyday citizens must go to extreme lengths in order to prevent the logging of rare and critical habitat for threatened species. This situation is unacceptable. We are calling on the Labor government to protect these incredibly special areas which belong to all Victorians. The loss of these forests would be a tragedy when we have so little of these precious ecosystems left.” said Christine Schuringa.

FCV is urging people to call the office of environment minister Lily D’Ambrosio and leave a message urging the minister to stop the logging of the Firebreak coupe near Mt Baw Baw until the Spotted-tail Quoll habitat is protected. Contact them on 03 9637 9504.