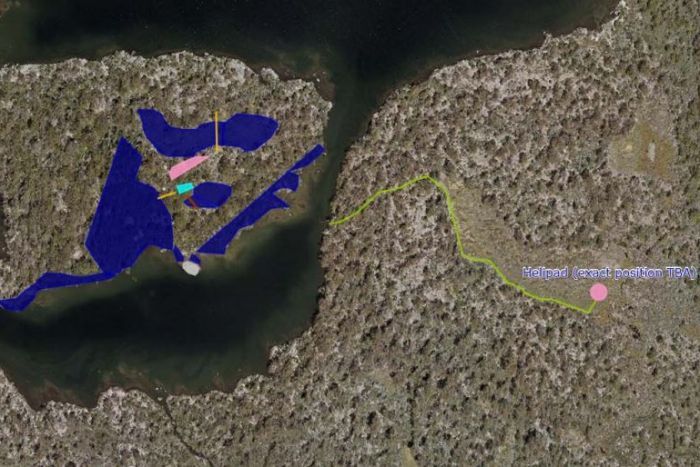 In February this year, the Central Highlands Council in Tasmania rejected the Lake Malbena tourism development.

The controversial ‘helicopter tourism’ development planned for Halls Island in Lake Malbena on Tasmania’s central plateau had previously been approved by state and federal governments. The local Council was the last government authority which needed to sign off on the project. It had been hoped that the rejection by Council would be the end of the proposal.

However, the developer has lodged an appeal against this decision. Hearings are currently underway in Hobart.

“An appeal to get a controversial tourism project at Lake Malbena off the ground is underway. The facility would see 30 trips a year of six guests and two guides, flown in and out of Tasmania’s Wilderness Heritage area by helicopter.

But the luxury camp on Hall’s Island was rejected at a firey Central Highlands Council meeting in February. The developer Wild Drake hasn’t given up though, appealing that decision at a tribunal in Hobart today, expected to run all week. The group has some powerful friends on its side, including state Attorney General Elise Archer.”