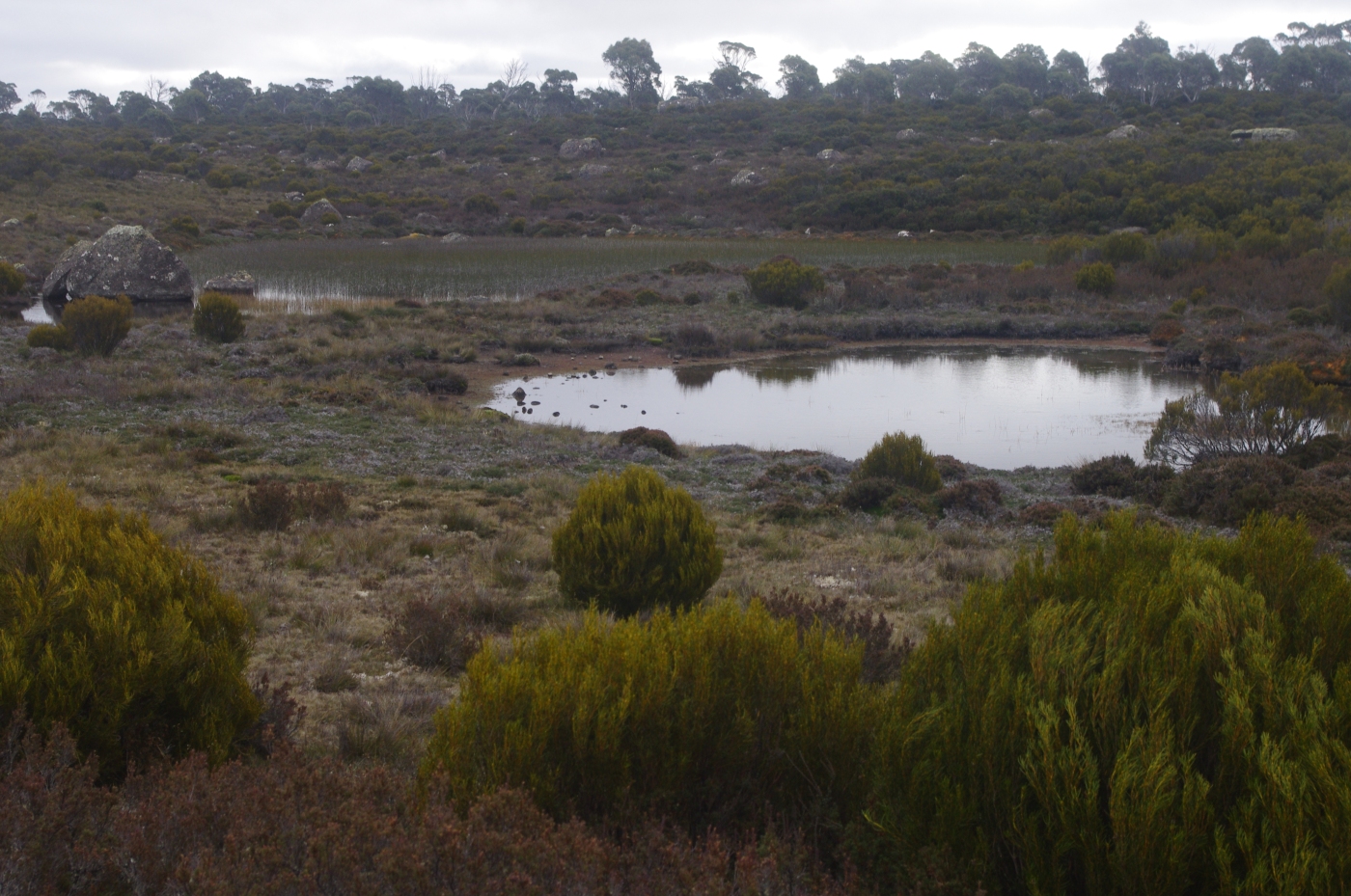 There has been a limited number of private commercial tourism operations developed in wild places in Tasmania’s reserve system. There has also been a long campaign by some in the Tasmanian government and business to open up more of the state’s World Heritage and other protected areas to commercial development.

In 2018, plans were revealed to build a fly-in, fly-out luxury camp at Lake Malbena in Tasmania’s Wilderness World Heritage Area (TWWHA) on the Central Plateau. It is a remote location, to the south east of the famed Walls of Jerusalem area. The plan includes a helipad, accommodation, kitchen and toilet facilities.

More recently, the Tasmanian government promised $20 million to develop Tasmania’s “Next Iconic Walk”, which was intended to be another hut-based multi-day ‘Three Capes Track’-style development. After a public call for ideas last year, some 20 odd submissions were apparently received, but the full list has never been made public. Then, after another internal process without public scrutiny or clearly detailed selection criteria, the chosen option was announced on 26 July. Based on a proposal from the West Coast Tourism Association, it focuses on the Tyndall Range in the west of the state. The process by which prospective developments are assessed has been questioned over its transparency.

All these plans have been controversial and generated substantial opposition. Now they have attracted the attention of the auditor-general who has announced an investigation into the Expression of Interest (EOI) process for these developments.

According to a report on the ABC by Anna Fromberg,

Rod Whitehead, the Tasmanian Auditor-General, has decided to investigate the controversial Expression of Interest (EOI) process, which conservationists have long argued lacks transparency and proper scrutiny.

The plan was announced in February 2014 as a key election promise of the Tasmanian Liberals and part of Will Hodgman’s vision, to grow the tourism industry to 1.5 million visitors per year by 2020.

After winning government in March of that year, the first round of the EOI process for “new, sensible and appropriate” tourism developments in Tasmanian national parks, reserves and Crown land was opened.

Thirty-seven projects were received for assessment — ranging from low-impact guided walks and tours to the construction of high-end eco-tourism accommodation.

Round two of the EOI process commenced in December 2016 and remains open as a continuous process so that ideas can be proposed as opportunities arise.

Some proposals have been more contentious than others, such as the standing camp at Lake Malbena inside the Walls of Jerusalem National Park.

Under the EOI program, the project’s assessment is not guided by legislation but an internal government process to identify potential projects and to guide proponents through other relevant approval processes.

According to Mr Whitehead, the nature of the EOI process has drawn public criticism.

“Including the lack of clarification from the Government on what it sees as ‘appropriate and sensitive’ development in reserves, the potential environmental and access impact on reserve areas and the transparency of the decision making process,” he said.

The Office of the Tasmanian Coordinator-General has been responsible for managing the EOI process.

“The coordinator-general’s office is hugely problematic. That’s where developers and special interests go when they want to get the Government’s attention and get a deal through,” she said.

A memorandum on the Tasmanian Audit Office’s website said the objective of this audit is to assess the effectiveness of the EOI process to achieve development of sensitive and appropriate tourism experiences and associated infrastructure in Tasmania’s national parks, reserves and Crown land by private investors and tourism operators to broaden the range of exciting and unique experiences on offer.

This audit will also assess whether:

Luke Martin from the Tourism Industry Council said he was not worried about the investigation.

“It’s been a very high-profile, contentious policy since day one, so it’s appropriate for the auditor-general to investigate,” he said.

Mr Martin said the program had achieved its main “goal of bringing forward proposals from the market that frankly was dealing with an attitude that Tasmania was too hard to be able to consider projects”.

But he said he hoped the audit would be an opportunity to improve the process.

“From both the proponents perspective but also land managers perspective, from our perspective the EOI process is hugely important to Tasmania’s tourism and our capacity to become a nature tourism destination.”

In a statement the State Government said the EOI process is an opportunity for private operators to develop sensitive and appropriate tourism ventures that broaden the range of unique experiences on offer in our parks and reserves.

“Since inception, the EOI program has made a valuable contribution to delivering the Government’s vision to grow the tourism industry, so it continues to deliver jobs and economic benefits across the state,” the statement read.

“The Tasmanian Audit Office operates independently from government and as such it would be inappropriate to comment on the process, we look forward to considering the report in due course.”

The Government has also announced a review of the Tasmanian Planning Commission, an independent body that performs a range of statutory and advisory functions for land use, including assessing planning schemes and planning scheme amendments.

Minister for Planning Roger Jaensch said the Tasmanian Government would advertise to find an experienced consultant to undertake a review of the structure of the TPC.

He said the purpose of the review is to ensure that the structure, functions and powers are appropriate to allow the Commission to continue to perform its role as an independent decision maker and advisory body when the new planning reforms are finalised.

Planning consultant Irene Duckett has welcomed the move and said there are areas for improvement.

“There’s times where I feel like resourcing available to the Commission lags behind the duties they have to perform so yeah there have been inconsistent processing times.”

Ms Duckett said it can relate in delays for assessments before the Commission.

Tasmanian Greens spokeswoman Rosalie Woodruff said increased development within Tasmania reiterated the need for unencumbered oversight of the TPC more than ever.

“We question the timing and motivation for this proposed review, and its unexpected announcement rings alarm bells. The TPC’s independence must be preserved during and following the government’s review. ”

The roles of Chairperson and Executive Commissioner have also been advertised.