One year on from the DEC 31 fires 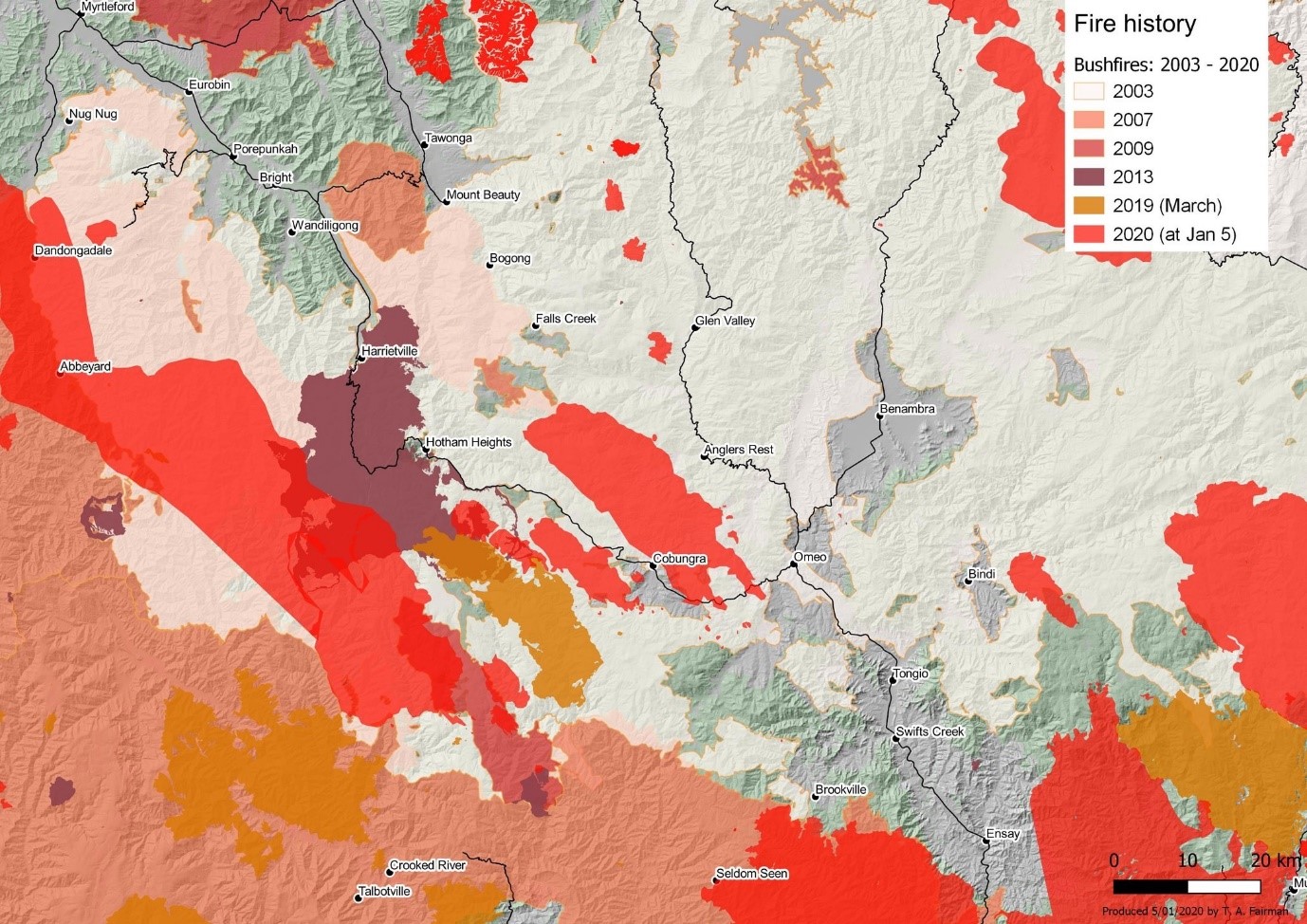 In late November 2019, fires started in East Gippsland as a result of lightning strikes. As noted by Peter Gardner, many of these went on to become major blazes. November 21 was a Code Red Day, causing fires across the state. On December 30, fires tore through the township of Goongerah in East Gippsland. By 30 December 2019, the fires started in November had grown into three active fires in East Gippsland with a combined area of more than 130,000 hectares, and another in the north-east of the state near Walwa, which was heading south-east towards Cudgewa.

And on new year’s eve, lightning storms passed across the state and started another set of fires across the Victorian mountains, and fire season came to the Alps with a vengeance.

That event led to many new fires that started that day, including one near Mt Lovick and the Upper Macalister River, which turned into a major blaze and burnt westwards towards The Bluff.

There were a number of fires near Mt Tabletop and the headwaters of the Victoria River that combined, threatened the township of Dinner Plain twice, then burnt through Cobungra and hit sections of the Bogong High Plains. Fires, which had started earlier, reached the town of Mallacoota in East Gippsland on 31 December.

Fires in the Upper Murray continued to burn and devasted the Burrowa Pine national park and burnt up as far as Dead Horse Gap in the Snowy Mountains. The Abbeyard fire burnt until January and threatened Bright and eventually burnt 406,500 hectares, including sections of Buffalo plateau.

Check here for some details on the ecological impacts of the fires.

Check here for a summary of last summer’s fires.

As fire season kicks off in the west of the state, it looks like the mountains and the east will have a break this summer.

We need to be ready for the next bad season in the mountains.

With fire seasons getting worse due to climate change, we need more air support to stop small fires before they become monsters. Please consider signing this letter to the prime minister, calling on him to establish a publicly owned air fleet to fight fires.