Please express your views about gold-mining in the Alpine Shire 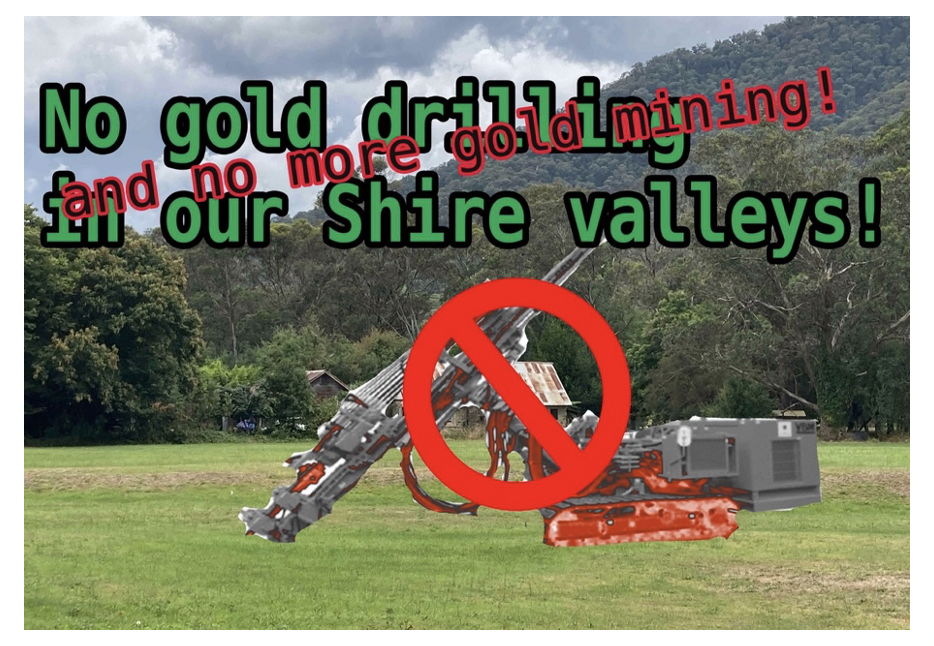 It comes as a gold exploration company has been drilling in the Havilah Valley in recent weeks.

“We were getting clear indications many people in the Alpine Shire were not happy with the exploratory drilling and the prospect of new gold mines in the area” said Col Finnie, administrator of the group. “But we thought it was time to find out what ratepayers and residents of the Shire think, hence launching a Survey Monkey survey.”

Col explained that the group strategy team were “confounded” by the apparent lack of impact on the Alpine Shire Council after an unprecedented number of objections were lodged for 2 gold exploratory drilling licence applications (300 + for the 2) and an objection petition with 19,000 signatures.

“We would have thought the Council would recognise the significance of those objections, and that they would know they should at least look at developing policies that reflect that local concern.

“But that doesn’t seem to have happened,” Col said.

The survey’s aim is to find out what Alpine Shire ratepayers and residents think about gold-mining, and to present the results of the survey to the Council and government agencies.

“The Mineral Resources legislation specifically requires the concerns of a community to be taken into account when deciding on licence approvals” Col said, “This survey is the chance for those concerns to be recorded.”

He also pointed out the survey has been designed so that a range of attitudes to future gold mining can be recorded.  “It only takes 2 minutes to complete the survey” he said, “we encourage all ratepayers and residents to take part and have their say.”

The link to the survey has been posted on many community Facebook pages, and the link is here as well: https://www.facebook.com/groups/693414034875984/announcements.