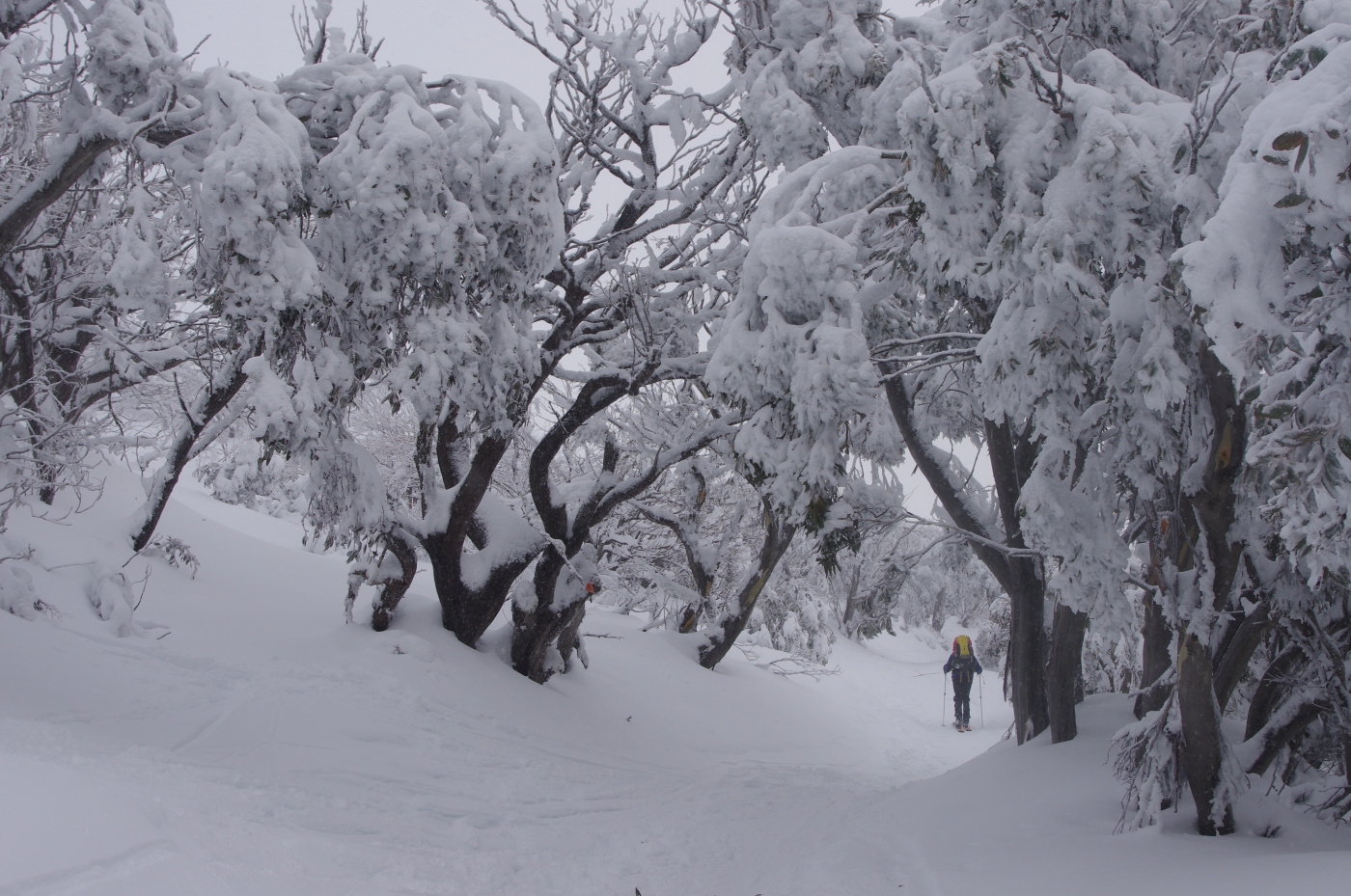 What a winter. Those incredible early snow falls, and resulting powder frenzy resort madness – overcrowding, car parks full, record numbers of people, the continual growth of the ‘snow play’ visitors. Businesses (finally) making some money, and plenty of work for those who want it. The same old accommodation pressures. Quite a bit of avalanche activity in the backcountry (check here for a MSC assessment of the July snowpack). And then that depressing, massive rain event followed by wet snow (hello, climate change). Hopefully we have another month at least of snow pack, although its getting pretty skinny at lower elevations already.

How is your winter going? I had a great first month (lots of nice backcountry wandering, the resort was just too crazy for a slow moving tele skier) then covid laid me low. Just getting back in the game and looking forward to some more adventures.

Here are some things that impressed me: please tell me what you’ve been up to. 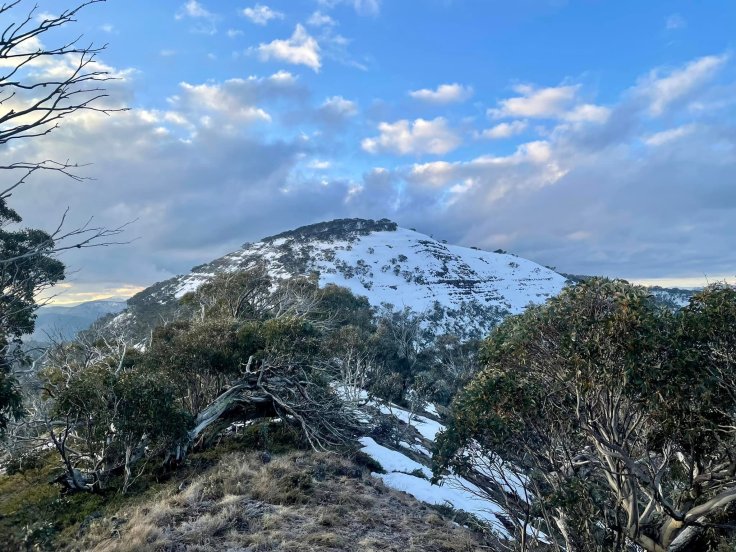 The AAWT – Heidi Peirce is doing a solo trip of the Australian Alps Walking Track, and posting some great pics in the Australian backcountry facebook group. Image above is Mt Clear.

Above: Huw Kingston is also undertaking a solo crossing of the AAWT, fund raising for a great project as he goes. Read more here.

Guide and photographer Mike Edmondson is posting his usual FOMO inducing images from the Main Range of the Snowy Mountains.

Earning your turns on your bike

This one from Richard Clarke via the Australian Backcountry facebook group.

‘With Falls Creek car entry at a premium, the park-and-ride option on the far side of the Bogong High Plains was a good alternative. 4km ride to the snowline took 20 minutes up, 10 mins on the way down was slowed dodging windfall sticks. 16km return ski to Mt Cope yesterday, snow melting fast below 1600m.’

When Tassie goes off, it Goes Off

Those early snow falls were really fantastic in lutruwita/ Tasmania, and lots of people wasted no time in terms of getting out there. 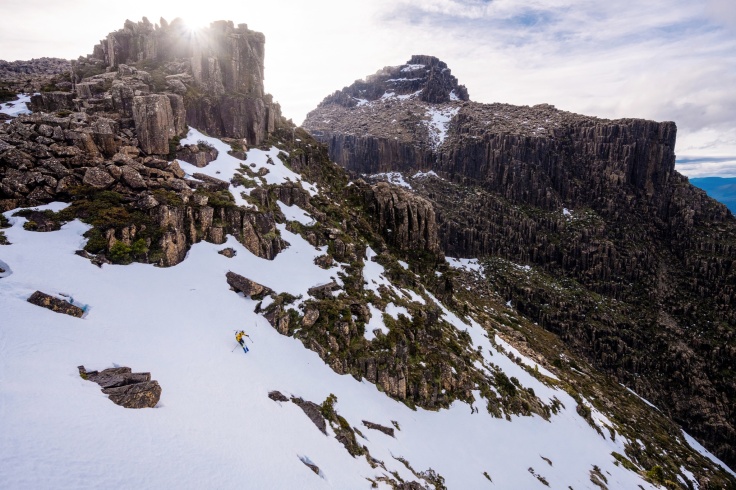 ABOVE: Shaun Mittwollen, posting in Australian backcountry: skiing on the drifts at Mt Anne. 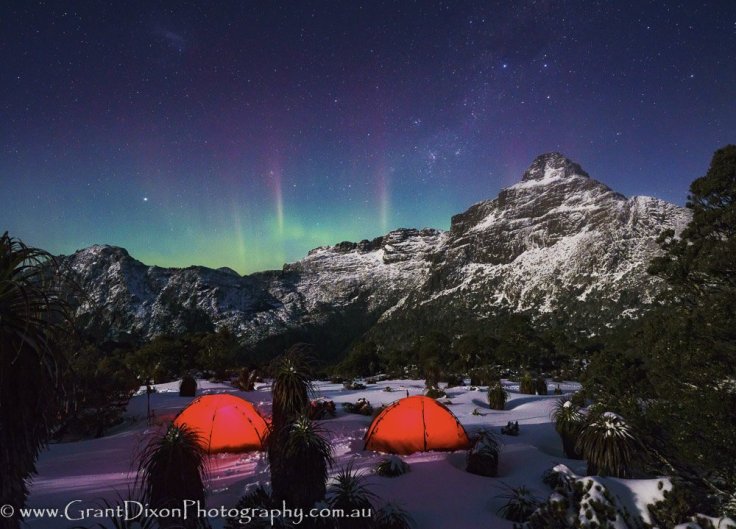 He says of this trip:

I’ve visited the Anne Range many times in winter, and occasionally mused on the prospect of a winter traverse during the last three decades. Last week’s low level snowfall followed by several days of fine freezing conditions (a duration uncommon in Tasmania’s southwest, vs the central highlands for eg) seemed an ideal opportunity to attempt a full traverse of the range, and Mark Oates was also up for the task. It was certainly wintery. We carried ice axes, crampons, microspikes and snowshoes and used them all at various times. Unexpectedly, while we were lunching on Mt Lot, young photographer Will Camp popped up from the east. It was good to meet one of the new generation inspired by Tasmania’s mountains during their fleeting winters.

And, of course, for inspiration, check the work from Mark Oates, which include some pretty impressive trips to the TAS mountains, including Mt Anne.