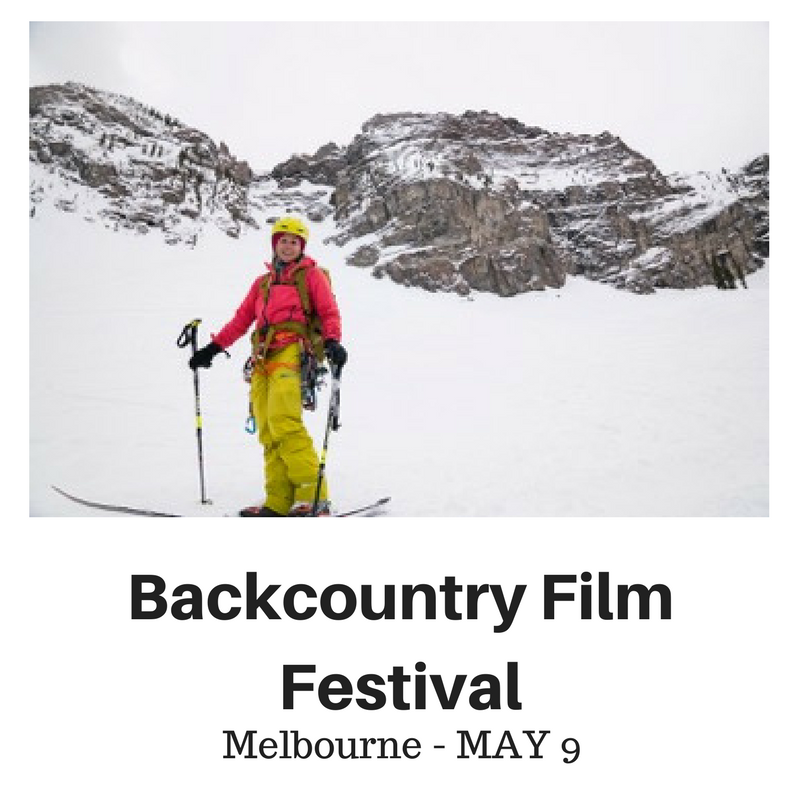 Tickets at the door. There will be plenty of room. All funds raised go to the Friends of the Earth climate campaign

There will be a bar run by the RMIT Outdoors Club before the films start (from about 6.15pm).

In addition to the BCFF program (eight great films – check here for full details), we will be showing:

In keeping with our tradition of showing an Australian backcountry film at the start of the program, this year we have a great short production about a late season mission in 2016 to ski Mt Townsend on the Main Range of the Snowy Mountains.

With the Australian ski season coming to the end, I joined Australian sisters and pro skiers, Anna and Nat Segal, for one last push for the hills. Filmed in October last year, Mount Townsend 2209 follows Anna and Nat as they spend five days camping and touring together under the peak of Mount Townsend, together with their American/Canadian skier friend, Holly Walker.

Ski touring is undergoing a rebirth; a new form of free skiing, attracting people to the great outdoors and encouraging people to venture beyond the boundaries of ski resorts. There is no better way to explore the vast terrain Australia has tucked away than to camp out under the stars and experience the magic of the sunset on the western faces.

The sisters’ mission was to nut out a plan for their upcoming ski film, Finding the Line and they felt Mount Townsend was no better place to do so.