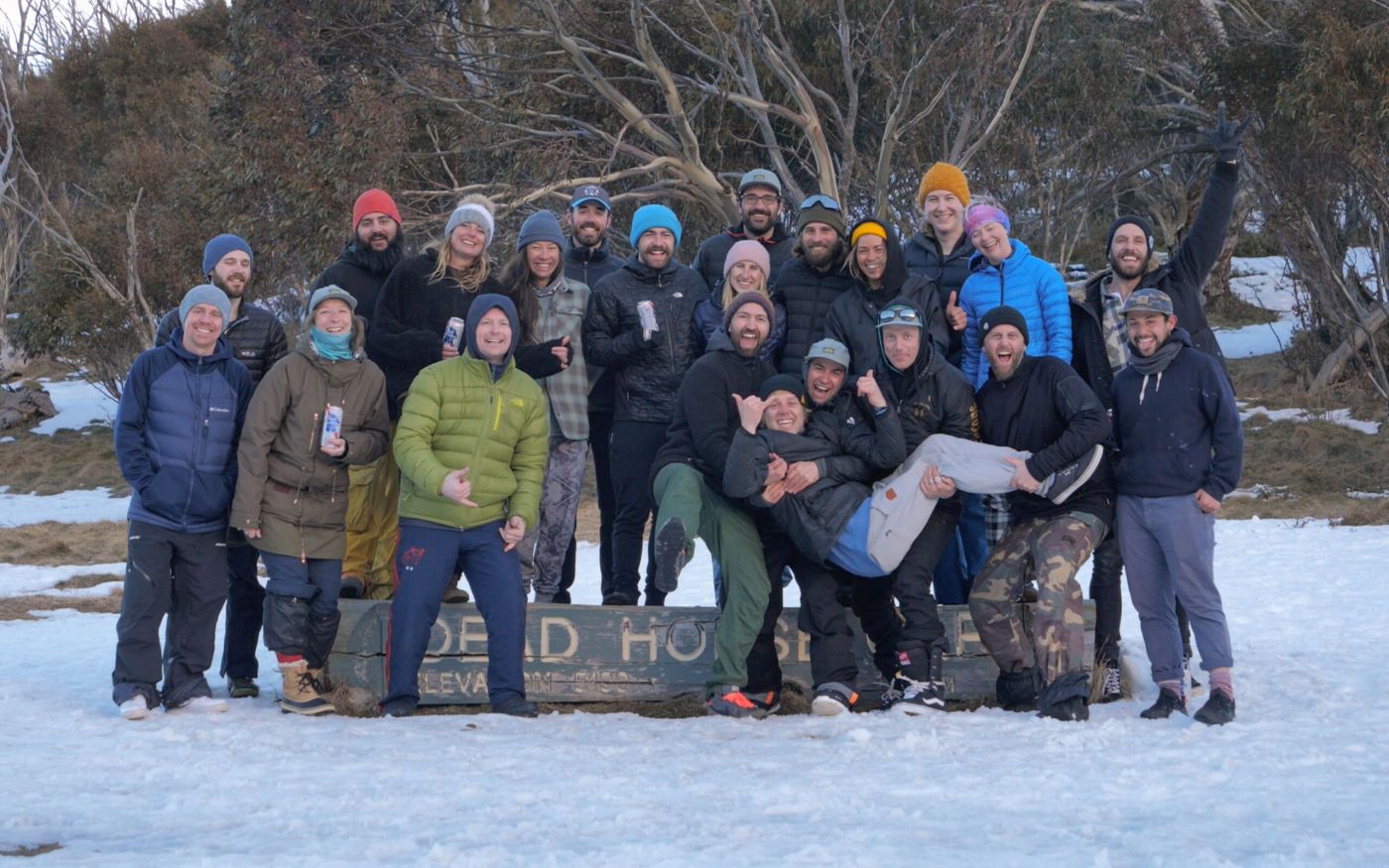 Lets Split is a volunteer based initiative, designed to expand and strengthen the Australian Splitboard community.  We are a group of experienced SplitBoarders, who invite others to join us touring in the backcountry – hoping that the important skills needed for safe backcountry travel can pass into the younger generation of riders who are perhaps less experienced than us.

Here is a report from Lets Split founder Amine Yasmine on their recent trip to Dead Horse Gap in the Snowy Mountains.

Check here for a short video of the day. Trip report below.

Having said that, we quite often get attendees joining us who are very experienced, and whom are also looking to make sure their experience / skills benefit future generations (as well as finding new touring partners!).  We aim to be inclusive for all skill and experience levels, and strongly recommend all participants undertake an AST1 (Avalanche Skills Straining) course if they intend to partake in Backcountry Travel.  All Lets Split attendees are required to have the basic avalanche safety gear (transceiver, probe, shovel) and an understanding of how to use them.  And this year we are including beacon practise into the Trips for those who are interested.

So after ‘less than favourable’ weather conditions postponed Trip 1 to Mt Stirling (in VIC) earlier in July, the Winter 2019 Lets Split campaign finally got underway on July 28th, with Trip 2 to Dead Horse Gap (in NSW) – with an incredible group of SplitBoarders (and 1 Skier).

For this Trip, Sunday July 28th was chosen as the touring day (based on the better weather forecast), and so the Lets Split team went scouting on Saturday July 27th to get a handle on snowpack stability.  We found the coverage up high was still surprisingly good, and the snowpack was indeed stable – although the precipitation during the day on the 27th (and the clear skies the following night) made for a firm cover of snow for us the next morning on the 28th!

So we all assembled at Dead Horse Gap upper car park at 8am, and began the safety briefing just after 8.30am.  At 8.45 the group’s beacon check was conducted, and the group was then led up toward the Ramshead range by Nick Esser & Flynn Medson.   As the group was made up of some participants who were very experienced, and some who were enjoying their first splitboarding trip ever, the group then broke up into two smaller groups so that comfort (and run efficiency) could be maximised for everyone.  We stopped as needed for hydration, snacks and layer adjustments on the tour up – as winds were around 25km/hr about the peaks.

The group then all joined up under South Ramshead and enjoyed our first main run down into the Bogong Creek drainage.   The snow coverage ‘looked’ amazing, but was firm and thus required your constant attention to monitor run speed through the tighter tree sections.   It was very ‘rippable’, but by no means powdery.  And as the Sun continued to shine through the middle of the day, we lapped this area a few times, exploring the many rolling bowls in there.  It really is such a fun area to cut laps, and has a relatively easy skin out.

At 2.30pm we started to make our way back down to the car park.  And as anyone who has toured in that area knows, the most efficient way back to the car is not always a continuous run.  And the less efficient ways back to the car can be quite laborious.  And sadly the latter eventuated for us, with the group getting treated to some of the areas more densely vegetated areas on the run home.  Safe to say an ‘adventure’ was had by all as we made our way down to the car park.

Overall, we were treated to an amazing day spent in the NSW backcountry, exploring some new areas, and making lots of new friends.  The majority of people on this trip were strangers at 8am, but were hugging each other goodbye at 4.30pm.

Special mentions must go to those that help keep the Lets Split wheels turning – Jakob Kennedy (media guy), Nick Esser (guide), Adrian Pizzey (captain enthusiasm), Mark Miklas (owner of Pacific Prizm), Jamie Edwards (owner of Twelve Boardstore), and Flynn Medson (distinguished mountain man).  It makes me very happy to know that all Lets Split participants get to experience our trips this fine group of individuals.  (And finally, an honourable mention must also go to Claire & Joe – who joined Trip 2 for their first ever day of splitboarding, and whom rose to the challenge incredibly well!).

See you out There,