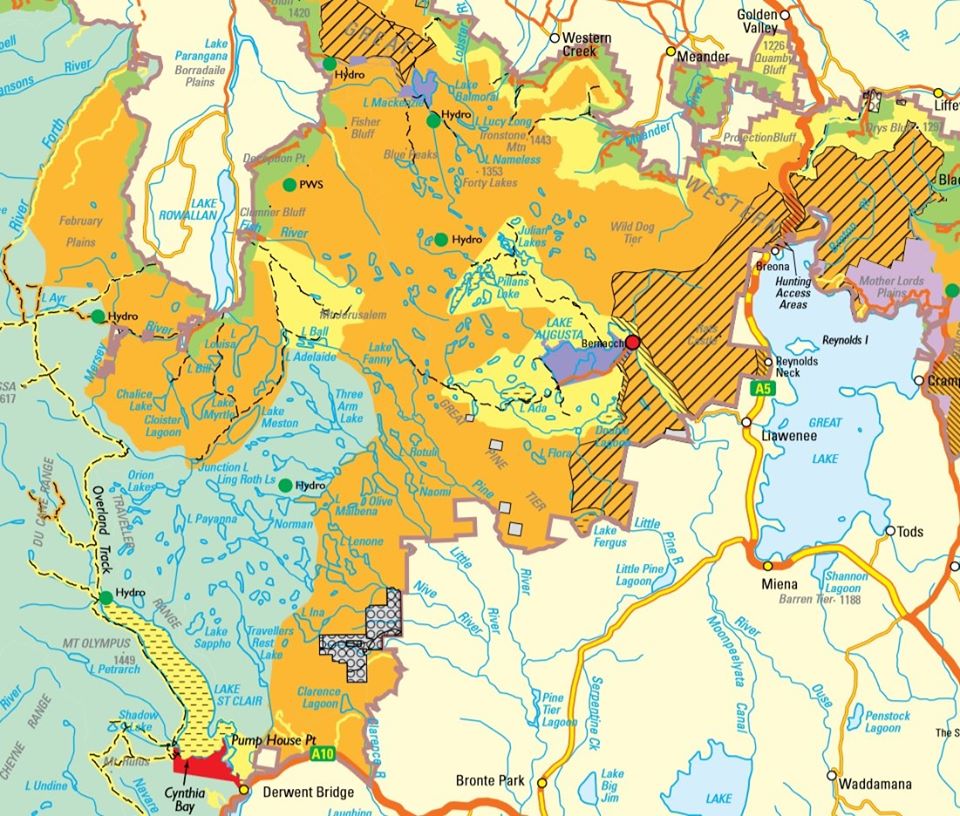 The long running attempt by developers to establish a helicopter accessed ‘eco lodge’ on Halls Island in Lake Malbena in Tasmania’s Central Plateau is part of a larger agenda to open up areas of wilderness and World Heritage to new commercial tourism operations.

The proposal is disturbing on it’s own – it would allow the developer to have exclusive use of the island. But according to Fishers and Walkers Against Helicopter Access Tasmania, there are plans underway to allow larger areas that could be opened up to ‘helicopter tourism’. They say:

“This (map) is the world heritage zoning for the Western Lakes. All the orange and yellow is fair game for helicopter tourism. The zones were amended to suit development proposals”.

The map comes from the World Heritage Area management plan.

This is incredibly disturbing.

Please follow FAWAHAT to find out more and get involved in the campaign against private tourism developments in wild places in Tasmania.